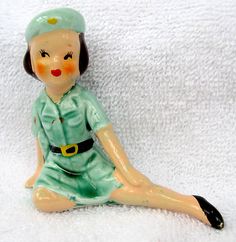 I was encouraged to do and be whatever I wanted whilst growing up. I spent most of my childhood blissfully unaware of inequality between the sexes. I played exactly the same games as boys, I did all the same sports as the boys, and I never placed a lot of value in the way I looked or considered the perceptions by others of my body. I went through childhood happily enjoying my personal space and largely enjoyed freedom from comments regarding my physical appearance.

And yet, upon arrival at secondary school, during the very beginnings of puberty, I started to feel as though something had shifted. A significant change had come about regarding the relationship I had with my body. As was the same for many other girls, my body had ceased to exist solely as my own and appeared to have entered a very public sphere, which affected the relationship between the boys and girls at my school in rather peculiar ways. Whilst I admit I was rather chubby during my high school years, this is not something I would ever have given much though to before. Now however, as a developing young woman I was being repeatedly told by others that my body was therefore somehow inferior and that this began to affect my worth in the eyes of my peers, particularly the male population of my school. My body was no longer my own, as it was repeatedly used against me in a way that greatly impacted my self-esteem and made me nervous around boys in general.

This unpleasant feeling was further compounded when a comment was made about my body that I will never forget. As I did every summer, I was wearing a summer skirt. I was still very hot as the skirt was knee-length, made from heavy black fabric, but it was rather more comfortable than the black trousers I had to wear the rest of the year. So one day, as I went about my school day with my bare legs exposed, a boy I had previously been on good terms with shouted to me ‘please put your legs away, they’re disgusting!’ This comment hit me like a ton of bricks, far more than any ‘fat’ comment ever could. At the time it made me feel ashamed of myself, and I confess I still struggle with baring my legs every single summer. Now however, I am less offended by his comment and more confused; what made this boy feel it was his right to comment on my body? Furthermore, how did he, at the age of 14, develop the belief that a woman’s body is only acceptable if he finds it appealing? I’m still not sure, but I know the same thing is still happening to girls everywhere.

Fast forward to university, where a two stone lighter version of me has started drinking socially and going out at night with new friends. I was only a couple of weeks into my first year when my drink was spiked on a night out. I won’t go into too much detail regarding the experience, as it is not something I enjoy recalling. That said, fortunately I endured nothing more than my purse being stolen and a hideous comedown. Well, I say that, but the anxiety and fear I experienced both during the night and for the weeks that followed were a lot to deal with. I could not get my head around the fact that someone had felt so at liberty to inflict such a horrendous experience on my body. Not only this, but I also struggled to stop myself from wondering what this person’s intentions had been, having rendered me so helpless and powerless. Yet again, I was not in full control of my body, because someone else had felt the right to exert power over me and it was horrible. I had known people who had endured the same experience and they too said it had changed their lives. Interestingly enough, all these people were women. When I spoke to the police about what happened, they insisted I had simply drunk too much, claiming ‘sometimes young girls can’t handle that much alcohol’, which in itself is disgusting, but I suppose is typical of a society that refuses to acknowledge the female body as anything other than a commodity.

Given the awful nature of my early experiences, my subsequent ventures into the world of bars and nightclubs were tainted with apprehension. My fears, it turned out, were not altogether unfounded, as I and my other female friends were regularly prodded, poked, smacked and pinched by multiple unabashedly predatory men. Drunk or not, the attitude of a person who regards a woman’s body as something to be touched without consent makes me very angry. One night in particular, the anger got the better of me. I was grabbed by my hair and a strange man pushed my face against his, forcing his tongue into my mouth. I felt totally violated and at that moment, I did something instinctive and I punched him square in the face, as hard as I could.  I wanted him to stop. The result was a very bloody nose and an unexpectedly supportive female bouncer who shouted, ‘Yes girl!’ She had seen everything and escorted the man outside. Aside from wanting to wash my mouth out immediately, I also felt as though I was justified in finally taking a stand against the casual and recurring sexist abuse I had experienced since high school.

Unfortunately, you can’t punch every single misogynistic man in the face, nor would you want to, I guess. What we can do however is work as a society to educate young men and women on the issues surrounding the sexualisation of the female body and consent. We need to work to instil the values of equality and respect in young boys and emphasise the fact that a woman’s body is her own. We should not allow advertisements and the media to objectify the female body as this has led to a society that treats women like commodities and that leads young girls to question their worth according to their size or the shape of their legs. My experience is in no way unique and I know many women have suffered far more than I due to this same lack of respect towards their bodies. Things need to change. I do not want the next generation of girls and women to experience what I did, and I know many women have faced worse.